Global Game Changers have been specifically developed to provide enhanced learning opportunities for children that give them the tools to close the achievement and enrichment (in the case of out-of-school time) gaps. Curricula improve character development and support compassion-based learning.

We are committed to evaluating our programs to measure impact toward these goals and also to seek input for ways to improve our programs.

Following is an overview of our key pilot programs and our evaluation findings: 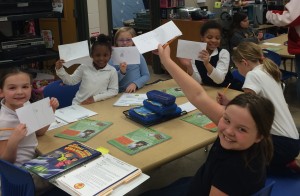 Understanding the ability of intentional after school programming to make a significant impact on young people, Global Game Changers is working with the YMCA of Greater Louisville’s after school programs.  They hope that intentional programming can play a part in closing the 6,000-hour enrichment gap experienced by low-income students. This gap is created by lack of access to quality afterschool programs, summer camps, preschool education, extracurriculars, enrichment, and parent interaction. The enrichment gap exacerbates the achievement gap. According to researchers, “Forty years of steadily accumulating research shows that out-of-school or ‘complementary learning’ opportunities are major predictors of children’s development, learning and educational achievement.” 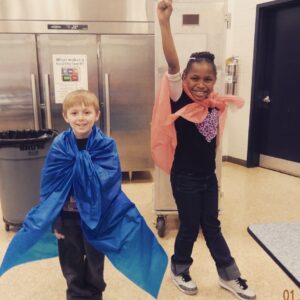 The two organizations initially agreed to a preliminary program to take place at two CEP sites, Jeffersontown and Tully Elementaries. The program at the two sites turned out to be a great success. Site directors saw a change in the behavior and motivation of many participants, even those that they had found difficult to reach prior to implementation of the Global Game Changers program. Debbie Lake, site director at Jeffersontown Elementary said, “It helped our kids feel like they were part of something special…I saw the kids had more respect for each other and improved behavior.”

Based on those results, Global Game Changers and the YMCA of Greater Louisville  expanded the pilot to 15 afterschool sites across Jefferson County for the Spring of 2015. This program was evaluated by Dr. Judi Vanderhaar, based on information collected by AmeriCorps VISTA members serving with Global Game Changers. More information can be found here.

Due to the success of the program, both partners decided to continue and expand the program for the 2015-2016 school year. More information about our continued collaboration can be found here. 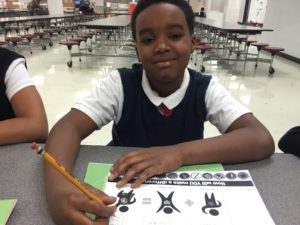 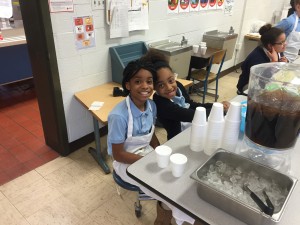 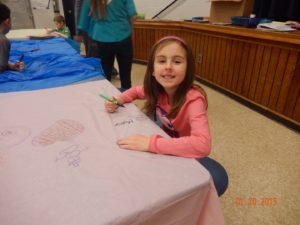 Auburndale Elementary, a Title I School in South Louisville, made an intentional commitment to changing school culture early in the school year. They instituted the Global Game Changers curriculum and developed a Compassionate School Resolution. 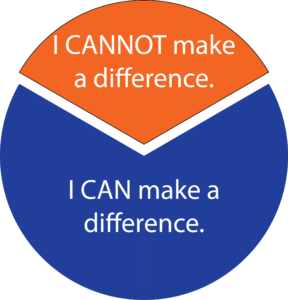 Auburndale’s evaluation process began early in the year with pre-assessments completed by teachers. That data found that: 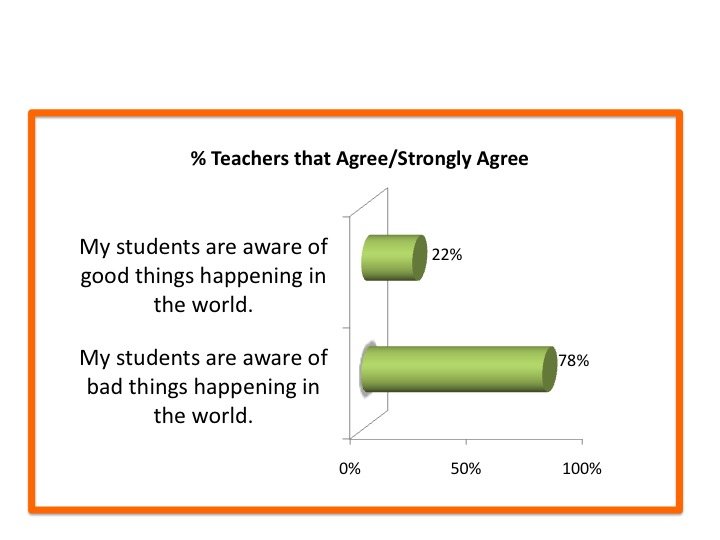 Data at the end of the year showed a dramatic turnaround: 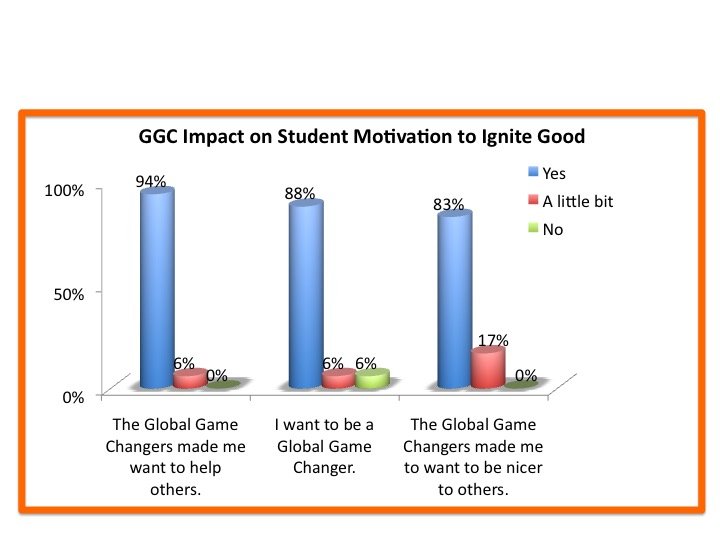 For students, the evaluation found that, as a result of this program: