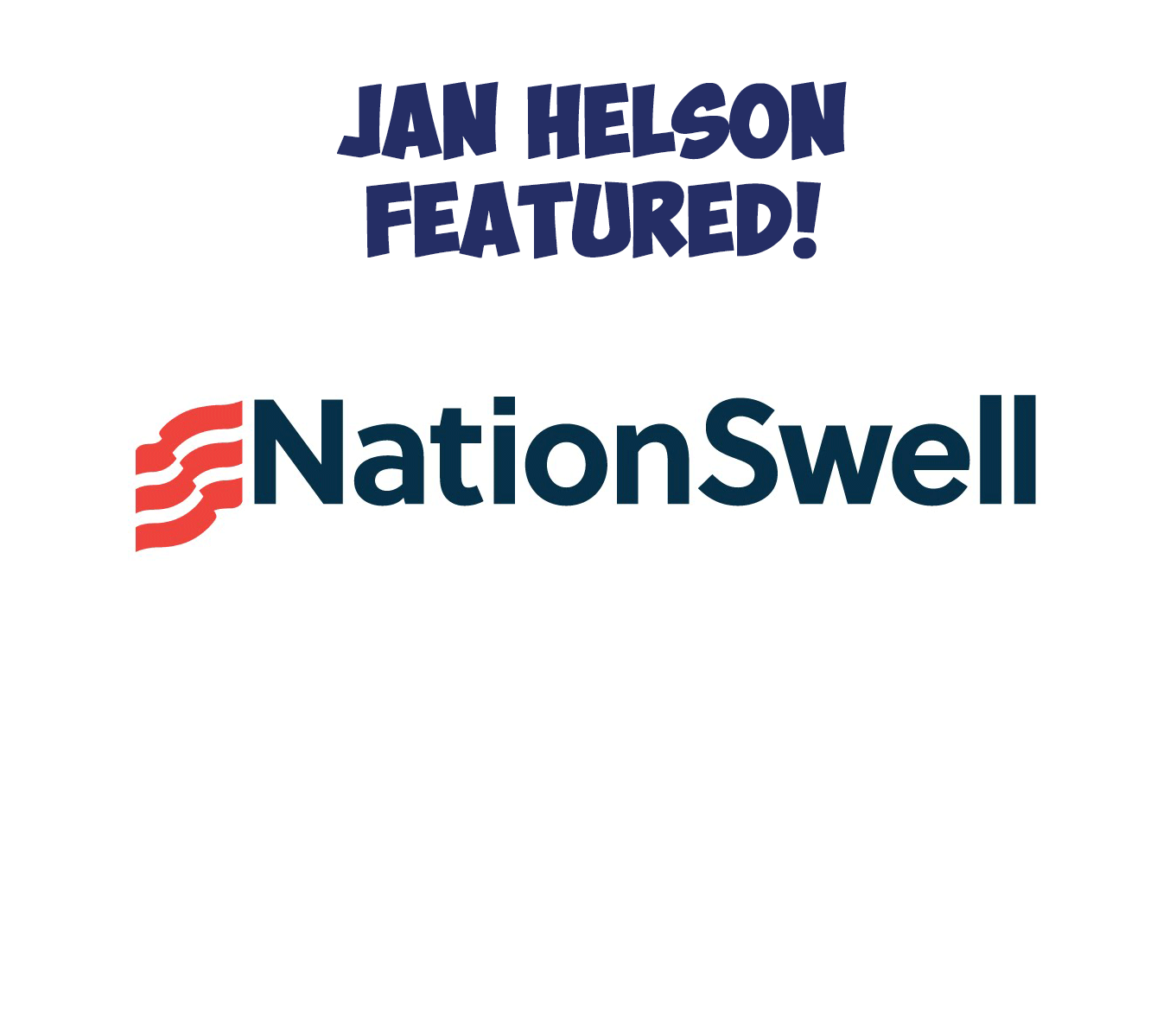 Why Do We Celebrate Mother’s Day? 9 Heartwarming Reminders by NationSwell

INSPIRED BY THE SUCCESSES AND STRUGGLES OF THEIR OWN CHILDREN, THESE WOMEN PIONEERED SOLUTIONS TO SOME OF OUR COUNTRY’S BIGGEST CHALLENGES.

HOW SHE DOES IT: After growing up in a military family, Eva Secchiari understood all too well how stressful deployments can be for soldiers and their loved ones. But seeing her own son struggle with anxiety after his return from combat in Afghanistan in 2012 prompted the Nevada mother to do something. That year, Secchiari founded Life After Active Duty (LAAD), a nonprofit that helps returning veterans readjust to civilian life. The group’s primary initiative, called LAAD Life Enhancement Program, is an eight-week immersion course that trains veterans on basic coping and communication tactics, employment opportunities and other leadership skills. The pilot run launched in December 2013 with 30 participants, but Secchiari told the Las Vegas Review-Journal she’s already thinking bigger. “I see it going nationwide,” she said. “We have 330,000 veterans here [in Nevada], so if we start building that foundation, then we can start expanding outside the state of Nevada. It needs to happen.”

HOW YOU CAN HELP: Volunteer as a program mentor or offer financial support here.

2. THE SAFETY ACTIVIST TURNING HER HEARTBREAK INTO HOPE

HOW SHE DOES IT: After Alison Rhodes Jacobson lost her first son, Connor, to Sudden Infant Death Syndrome in 1997, she quit her executive gig in public relations and started Safety Mom, a consulting company dedicated to child safety. Its website offers families tips on everything from baby-proofing the house and bullying to disease prevention and nutrition. Now Rhodes Jacobson also gives advice on living with disabilities — subject matter she became familiar with after she learned her second son had a learning disability and her husband was diagnosed with multiple sclerosis. In 2013, she formed Accessible Home Living, a company that provides disability remodeling and handicap installations for the home. The Connecticut mom has been an equally tireless crusader for children’s safety in the public realm, having testified before Congress in 1998 and campaigned to increase national funding for research dedicated to SIDS, which claims about 4,000 infants a year in the United States.

HOW YOU CAN HELP: Share Safety Mom’s health and wellness tips with friends, family and social networks.

HOW SHE DOES IT: When Drew Ann Long couldn’t find a viable solution to grocery shopping with her special-needs daughter, Caroline, who had grown too big to fit into traditional carts, the Alabama mother decided to create her own. Caroline’s Cart, a specialized shopping cart that combines the convenience of a grocery cart with the space and modifications required of a wheelchair for special-needs children, is Long’s solution to the challenges of navigating a supermarket with a disabled child. Caroline’s Cart features a large seat that’s accessible by rotating handles on the back of the cart, while a harness secures kids, leaving parents’ hands free to shop. “I just saw a very unmet need in the retail world,” Long said. “There are carts for every group out there, but there is nothing for special-needs children.” Caroline’s Carts are in stores in Alabama, Wisconsin and Indiana, and Long hopes to make them available nationwide so families with disabled kids can have better mobility when it’s time to shop.

HOW YOU CAN HELP: Join Caroline’s Cart Facebook page to request the carts in a store near you.

4. THE FOSTER MOM GRANTING WISHES FOR KIDS IN THE SYSTEM

HOW SHE DOES IT: When Danielle Gletow and her husband began fostering children in their New Jersey home in 2006, they were inspired by the many friends and family members who wanted to help kids in similar situations. (Nearly 400,000 kids lived in foster care in 2011, according to the U.S. Department of Health and Human Services.) So in 2008, Gletow started One Simple Wish, a nonprofit that collects “wishes” from nearly 600 organizations that work with foster kids from across the country. One Simple Wish then reviews the requests and posts approved “wishes” online — which range from products like video games to experiences like going on a trip — and anonymous “wish granters” can fulfill them. “These are individual children that have individual wishes and individual personalities and wants and needs and dislikes and likes,” Gletow told CNN. “And I wanted to share those with people so that … they could see that this wasn’t about nearly half a million children that are in foster care. This was about this young man who wanted to go to karate lessons with his friends at school.” To date, One Simple Wish has granted more than 8,500 wishes in more than 40 states.

HOW YOU CAN HELP: Grant a wish.

5. THE VACCINE ADVOCATE SPREADING THE WORD

HOW SHE DOES IT: Duffy Peterson’s decision not to vaccinate her child, at the alleged suggestion of her doctor, is one that’s haunted her for years. In 2001, the Minnesota mother lost her 5-year-old daughter, Abby, after the little girl came down with a serious case of chicken pox — one that made her body too weak to fight off the pneumonia that she caught at the same time. Abby died in Peterson’s arms after 10 excruciating hours in the hospital. Duffy Peterson is now one of the loudest champions for childhood vaccinations, having testified before the Minnesota legislature in support of immunizations and worked to pass laws requiring vaccinations for kids. “Not vaccinating is not taking full medical care of your child,” she told ABC News.

HOW YOU CAN HELP: Learn about the Centers for Disease Control and Prevention’s suggested immunization schedules for children.

WHO: Karen Whorton and Becky Harper

HOW THEY DO IT: Karen Whorton and Becky Harper, moms based in Washington State, got their business idea while performing a task that any parent would be familiar with: preparing their kids’ lunch. Day after day, they found themselves throwing away many plastic sandwich bags. And while cloth napkins and sustainable water bottles were easy to find, there wasn’t a green alternative to wasteful plastic sandwich bags, which typically have one use. (U.S. consumers useabout 100 billion plastic bags a day.) To fill this void, Whorton and Harper launched ReUsies, a line of reusable, eco-friendly food bags. Made of 100 percent cotton and lined with leak-resistant nylon, they are free of harmful ingredients like phthalates and bisphenol-A. They’re convenient, too: All ReUsies can be tossed in the dishwasher for quick cleaning. Whorton and Harper started selling their product to fellow moms in their kids’ schools in 2008, and now ReUsies are available in retail stores in 36 states and online at the company’s website.

HOW YOU CAN HELP: Buy a ReUsies bag and go green.

HOW SHE DOES IT: Some 22 veterans kill themselves a day, according to a 2012 Department of Veterans Affairs study. Many of them are among the estimated 20 percent of Iraq and Afghanistan veterans who struggle with post-traumatic stress disorder (PTSD). These devastating statistics hit close to home for Roxann Abrams, whose son Randy, a combat solider who served three tours in Iraq, took his own life in 2009. Frustrated by what she considered a lack of attention and treatment for her son by the Army, Abrams founded Operation: I.V., a nonprofit that provides free PTSD treatment for combat veterans. Funded by corporate and individual donations, the group also helps to educate families and friends of combat veterans on PTSD and works to improve the transition process from combat to civilian life. “The best way I can honor my son is to help his brothers,” Roxann Abrams writes on Operation: I.V.’s website.

HOW YOU CAN HELP: Donate to Operation: I.V.

HOW SHE DOES IT: The challenges that Camden, N.J., students face is a matter of empirical research. Roughly 90 percent of the city’s public schools are in the bottom 5 percent of the state’s schools based on performance, while only 49 percent of students graduate high school, according to the New Jersey Department of Education. But one local mother has found an innovative way to help turn those statistics around — and help kids stay off the street and active in the process. Tawanda Jones founded the nonprofit Camden Sophisticated Sisters Drill Team in 1986 as a way to motivate young girls to succeed in school by using the disciple principles of a drill team. Over the last 28 years, the program has served more than 4,000 girls, all of whom have graduated high school and 80 percent of whom have gone on to vocational schools or traditional four-year colleges.

Jones, who was a teenage mother, was inspired to create the program after seeing how solid family support and hard work helped her succeed, compared with many of her peers who found themselves pregnant, too. “I saw that a lot of girls didn’t have any of that, and I wanted to help,” she told CNN. Today, the nonprofit has grown to include boys and a drum line program; its drill team has also received national acclaim after a performance on ABC’s popular series, “Dancing With the Stars.”

HOW YOU CAN HELP: Volunteer with underserved kids or donate to cover operational costs.

HOW SHE DOES IT: A lifelong businesswoman and philanthropist, Kentucky mother Jan Helson taught her kids at an early age the importance of both business savvy and a passion for giving back. It’s no wonder, then, that when her daughter Rachel learned that another one of her aunts (making it four) had been diagnosed with breast cancer, the aspiring actress staged a local performance of “The Rocky Horror Show” to raise money for breast cancer research. Rachel, then 15, raised a whopping $12,000 and eventually went on to produce the play as a one-night benefit on Broadway in 2007.

For Jan Helson, the experience confirmed her long-held belief that encouraging a child’s true interests holds the key to professional and personal success. Today, she’s spreading that message through the Global Game Changers, an educational nonprofit she founded with Rachel in 2011. GGC offers after-school programs through local organizations like the YMCA, summer camps and a Common Core-compliant curriculum that encourages kids to pair their passions with their talents to unleash their “superpower” to change the world. “We believe that it’s important for kids to find the educational aspects of what they’re learning to be fun and engaging and something that’s relatable,” Jan Helson told NationSwell. “By using the equation — my talent plus my heart equals my superpower — the goal is to show them that giving back is part of who they are and not just something that they do.” 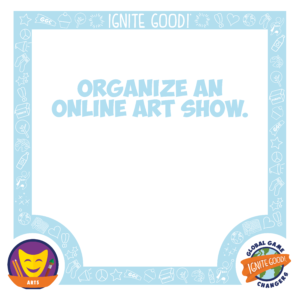 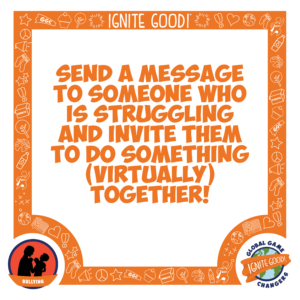 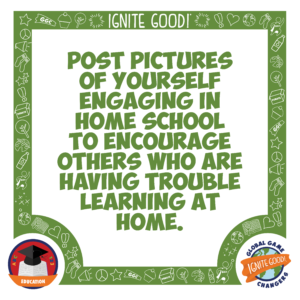